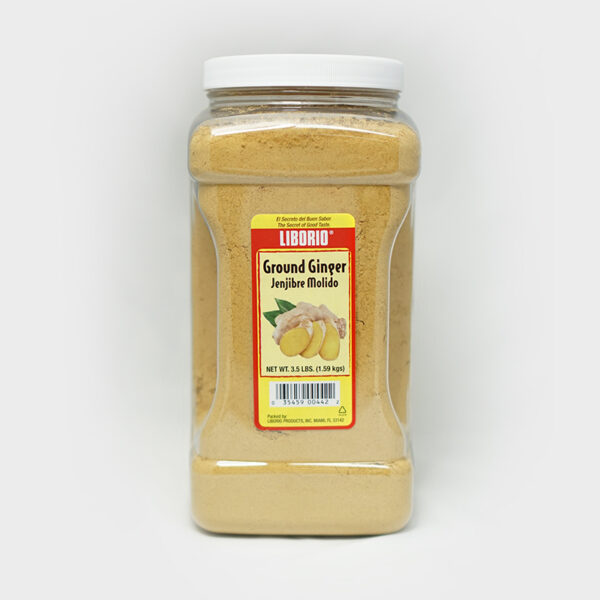 Ginger has long been a part of European, Asian, African, Russian, and Middle Eastern cuisine; and for most of its history dried ginger has been used more than fresh as fresh ginger never survived the caravan and trade routes. The root of the rhizome plant Zingiber officinale doesn’t have much flavor, but when sliced, ground, or minced its pungent, strikingly strong, lemony-peppery flavor will be released. Ginger will actually lose a lot of its flavor due to a chemical reaction with sunlight, so it should be stored in an airtight container in a dark place. This ginger root powder should be applied judiciously as its flavor is piercing and intense.

Powdered Ginger is easy and tastes great with gingersnaps, gingerbread, or other sweet snacks/desserts. This ginger product is great in tea or hot milk but can also taste great in an Indian Spice Blend. Other great applications include stir-fry, pickles, rice dishes, vegetable stews, pickles, or mulled wine.