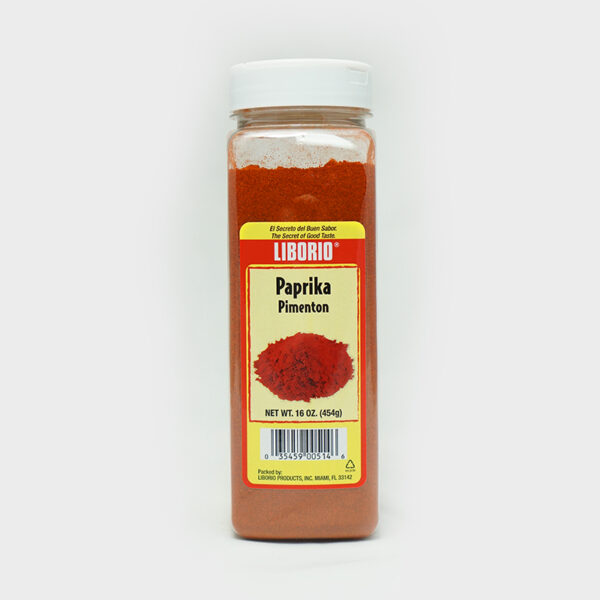 Paprika is a dusty red and quite silky in texture. There’s no pungency or heat with this bulk paprika powder; only a musky, red bell pepper flavor with a hint of astringency. A good all-purpose paprika for white and dark chocolate, steamed vegetables, soups, and rice dishes. If there was any spice with a more complicated history or confusing categorization, it must be paprika. Paprika is made from the Capsicum annuum plant, which sounds simple enough. However, there are dozens of varieties of this pepper – both chile and bell. Yet, genetically, they’re all the same species. (Think of it in the way all people are human, but look very different from each other.) Paprika is technically native to North and Central America and was used by the indigenous peoples as a food and as a coloring agent. Spanish explorers became enamored with the plant and brought it back to Spain along with tomatoes, potatoes, and other produce. The Spanish – particularly the lower classes, as the heat of paprika was considered undignified by the rich – began using the seeds in
food preparation.

This Paprika, rich in color with a slightly smoky flavor is great with stews, egg dishes, rice dishes, poultry shrimp, steamed vegetables or rice dishes. Also wonderful when added to a cream based sauce or soup.